Get fresh music recommendations delivered to your inbox every Friday.

by Alex Brenchley and Paul Haworth 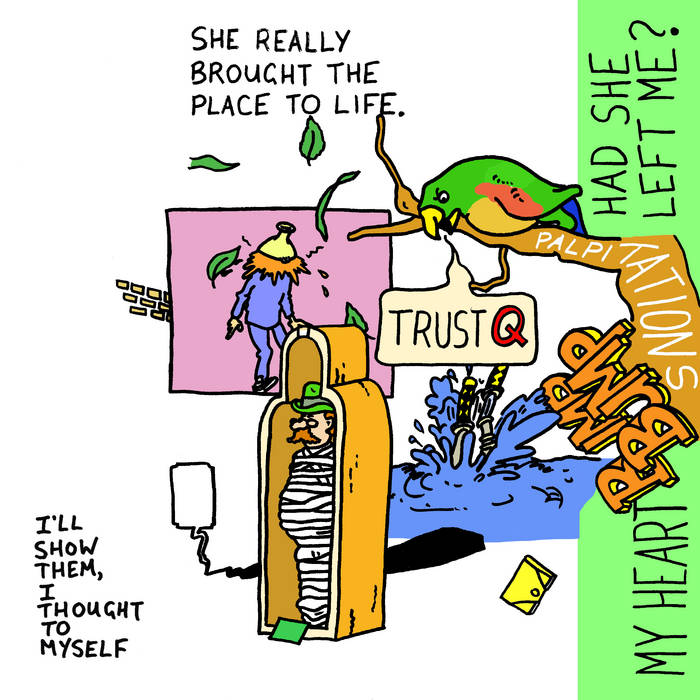 ‘The Atmosphere Saga’ is a love story.

It began over one million years ago when Alex and I made radio for our student station, Altered Radio, run by the wonderful Tim Hancock. I would write little stories for Alex to read, stories about his developing relationship with a woman called Atmosphere.

Feeling something missing from my life, and remembering how much I enjoyed radio, I Googled “Pirate Radio Amsterdam”.

There was, of course, only one result: Radio Patapoe.

They were the best. Radio Patapoe just gave me a slot and for three years I had so much fun making noise in their bunker studio.

My first visitor in Amsterdam was Alex. This was back in December 2005. Rather than allow him a ‘restful’ holiday, I insisted we make a radio show. The centrepiece of that show was a shit-flinging story – in essence, ‘The Atmosphere Saga’.

We later recorded ‘The Atmosphere Saga’ and put it out, alongside some other stuff, as a triple-CD collection called ‘Paul and Alex’s Dirty Talk’.

In a fog of MySpace and data degradation, somehow art goes missing and I always felt sad about losing ‘The Atmosphere Saga’.

Come 2015, Alex had taught himself complex sound-editing programmes and there was space in our lives to make possible a return to the work.

Returning to a ten-year-old script, however, felt strange. I knew Old Paul must resist editing l’ésprit de la jeunesse but how could Alex perform it and not have it be a bit… weird?

We therefore decided to frame it as a father telling the story to his daughter. That daughter is played, quite brilliantly, by Lauren Godfrey.

This new old ‘Atmosphere Saga’ was premiered in January 2016 on Resonance 104.4FM and now Alex and I are very proud to share it with you here – in full, finally.

Bandcamp Daily  your guide to the world of Bandcamp

Kari Faux drops off her deluxe album 'Lowkey Superstar' plus tunes by Shunaji and Samplelov.